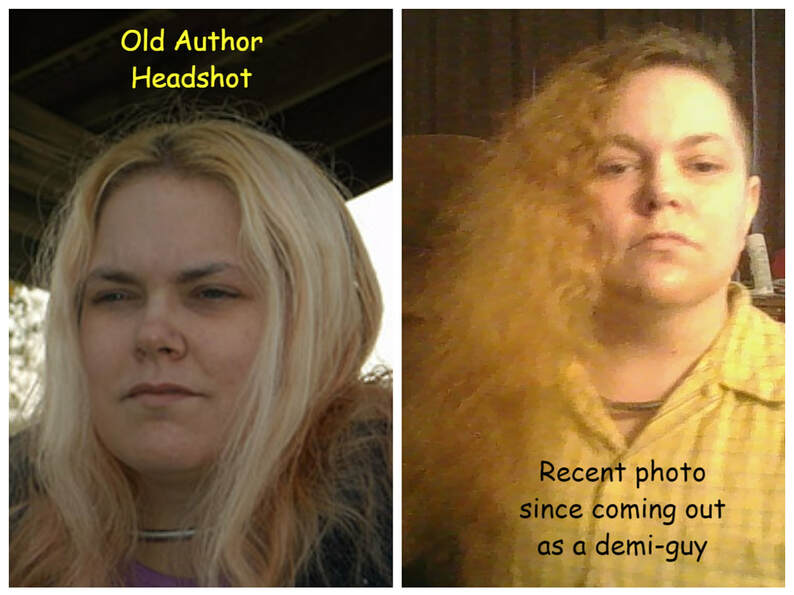 Joelle Casteel knew she was kinky and non-monogamous before she knew those words; those ways of being slipped into her writing because they were two more ways he never saw *me* in popular media- if he tried to look beyond her "white" skin that is. She embarked on the writing of "Vala's Story" not only because of this, but one particular dominant whose difference so enthralled her that she wanted more. After the relationship stopped, life and learning accelerated for her. He is now in the position where terms like transgender, cisgender, intersex, noetisexual (Michon Neal's term), and more are learned by others from him, whether the words are part of their lived experience or not.

Hm, yes. The sliding of the pronouns since he came out. Demi-guy. Transmasculine. Non-binary. Sometimes he uses all these words together, depending on who she's talking to. "I want my Master to see the woman he loves, my girlfriend to see the agender person she loves, and the rest of the world to see me as the guy I mostly feel."

He lives with various chronic illnesses, both physical and mental; she quips that the noetisexual in her wants to argue why we still break them in physical and mental of course; the intimacy she has with her Master is just as real as that which he has with Audrey. There are times when his c-PTSD and Autism make her seem a chaotic mixture of child-like and adult. In his writing, all of this chaos shows up in her interest of having a variety of bodies- the normatively attractive to those who aren't... those who are considered overweight, use mobility aids, intentionally alter their bodies in atypical ways, just to name a few. As you might imagine from being a "sick person," she distrusts medical health professionals farther than she can throw them; this shows up in his writing too.